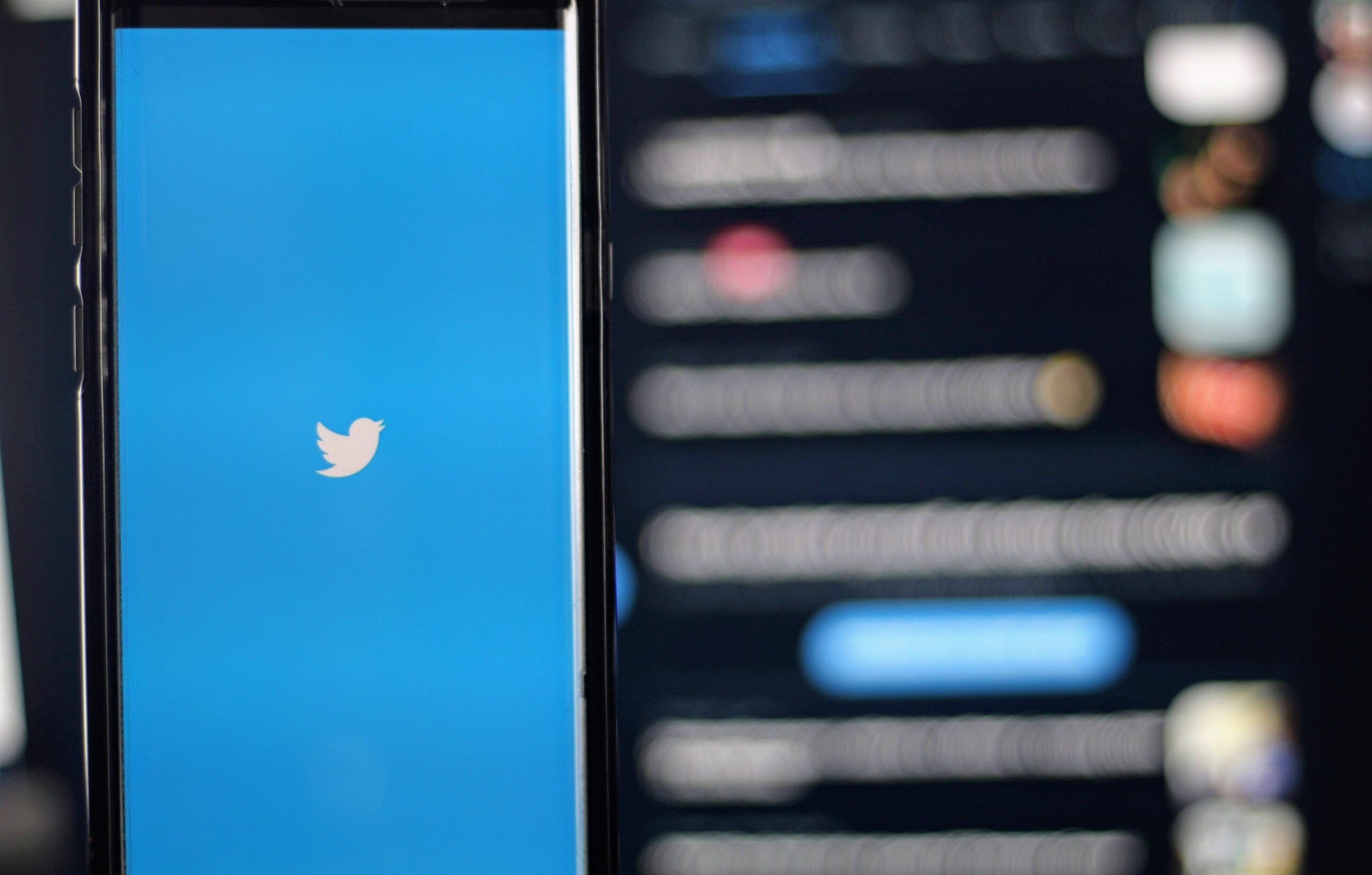 The war will end

The leaders will shake hands

The old woman will keep waiting for her martyred son

That girl will wait for her beloved husband

And those children will wait for their hero father

I don’t know who sold our homeland

But I saw who paid the price.

In 2000, videos of the death of a 12-year old Palestinian boy, Muhammad al- Durrah, sent shock waves to the world. The image of a father shielding his son from Israeli bullets came to visually symbolise the Second Intifada (uprising).

In 2015, a global audience was left collectively distraught from images of a small three-year-old boy, Alan Kurdi, washed ashore. He lay dead dressed in red where the land and sea met. Kurdi’s family were of Kurdish origin and were journeying to escape the war in Syria.

In 2020, a social media storm ensued after images of a three-year-old Kashmiri boy, sat on the chest of his grandfather shot dead, went viral.

I use these specific examples for many reasons. Firstly, children are by their nature innocent. This is arguably why these images were so powerful in yielding attention and are still engraved in the memory of people around the globe revealing the real victims of war: namely innocent children. Secondly, the media was a powerful tool in all three of these cases in directing attention to not only the respective crises of Palestine, Syria, and Kashmir. But also, forcing a virtual audience to connect, share, mourn, and question together. Social media was also a powerful tool in, at times, attempting to manipulate the situation and sway the audience back and forth. For instance, in the case of Alan Kurdi months later in an attempt to ‘balance’ views on immigration news of a Syrian passport found at the sight of a terrorist attack spread instantaneously. While during the murder of Bashir Ahmed Khan, his grandson, was tactically placed on his dead body and insensitively photographed for a propaganda stunt. Such instances reveal the darker sides of the tool of social media.

In the Merriam-Webster dictionary (n.d.), activism is defined as “a doctrine or practice that emphasizes direct vigorous action especially in support of or opposition to one side of a controversial issue.”[i] The use and abuse of social media is not a new debate in our globalised world. However, social media activism is certainly a ‘trendy’ tool utilized to spread awareness of human rights violations.

Every death anniversary, I find myself reposting, recycling, and reusing images from these events. And every year I question whether this small act of remembering and encouraging others to reflect has any value. As such, this article is not concerned with the events of refugee crises themselves rather the use of social media has facilitated change through them. The extent to which this tool we have in our hands allows awareness to lead to action and accountability.

Between Awareness and Accountability

Research conducted by the University of Sheffield found that the images of Aylan Kurdi spread to ‘’20 million screens around the world in 12 hours.” The sheer scale of its reach would not have been possible without social media. The social media storm that ensued was a defining factor in confronting the global refugee crises and drastically changing the way immigration was perceived. Data revealed that the rhetoric used on social media around immigration saw a rise in words such as ‘refugee’ and ‘migrant.’[ii] Yasmin Khan, a historian of British India, writes that ”the Kurdis’ story reflects how important it is to understand refugees through their individual histories as well as through their collective histories.” As such, the power of social media was such that for many people the death of Aylan Kurdi altered the way they viewed immigration.

Interestingly, however, the very nature of trends on social media is that they are constantly changing and swaying in different directions. Despite the al-Kurdi legacy, however, the results of the UOS report found that views on immigration had again shifted after a Syrian passport was found at the scene of terror attacks in Paris, a few months after. This again shifted the narrative of immigration to issues of border and control. And led to ‘’many UK newspapers to run a headline that swayed the rhetoric once again towards ‘defence of the borders.’’[iii]

The videos of Muhammad al-Durrah were screened live on television. Aside from directing attention towards the injustices occurring in occupied Palestine, it also forced Israeli authorities to break their silence on the issue. After failed attempts of attributing the death of al-Durrah to Palestinian bullets. And after much deliberation led there was a contested admission of responsibility from the Israeli army.[iv] Rasha El-Ibiary, in her article on imagery and collective memory, argues that:

‘’Although no one was able to physically save the victim of the suffering or change those policies that created these events, the iconic nature of those still and broadcast images called into question the accused government’s actions.’’ [v] As such, the ‘practical change’ that ensued as a result of this case was that an international community had been informed about Israel’s killing of unarmed Palestinian children.[vi]

On the first of July 2020, three-year-old Ayaad sat on the dead body of his grandfather shot dead, in Indian Occupied Kashmir.

The murder of Bashir Ahmed Khan became so controversial because the only credible witness was his three-year-old grandson. Conveniently this allowed the Indian media to deny any responsibility for the killing and instead attribute the death to terrorist Muslim fanatics. A narrative that aligns well with Modi’s Hindutva project. The police described themselves as having saved and rescued Ahmed’s grandson from the scene of the killing. Bashir’s son Suhail claimed that ‘’the troops placed the child on his father’s chest and took pictures.’’[vii] These pictures caught by an unidentified photographer depict a troop reaching his arm out to the toddler. Despite the attempted display of ‘heroic’ images that were spread, social media was not convinced. Hundreds of angry people staged anti-India protests, accusing the government of using the child’s images as a PR stunt.[viii]

Contrary to the examples of al-Durrah and Kurdi, in the case of Ayaad, social media was an attempt at propagating a false rescue narrative. It revealed the inhumane act of photographing a petrified child and his grandfather instead of calling for medical help. And demanded answers for why the boy continued to be filmed while crying on the journey home? Who filmed him? And why was the photograph immediately spread on social media with the cameraman remaining a mystery? The event was powerful in questioning the morality of those who spread sensitive content to feed a master narrative. It was also powerful in directing attention towards a crisis which is often ignored by the global community.

With the plethora of human rights violations displayed on social media, it is very easy to become desensitized to such issues. It is, however, important for social media activism to not become a passive process through almost unconsciously liking and reposting. Rather an active process of pausing, reflecting, and learning from alternative sources like articles and academic books. And recognizing that a 250 character tweet can only give you a simplified account of an event. As responsible users of social media and indeed activists it is our responsibility to look and delve deeper.

Narratives are an important way to gain insight into human rights violations. Social media not only provides these stories but also allows the narratives to come first-hand from those who have been affected. In other words, this tool in our hands gives voice to people. Due to the power of social media, the ability to collectively connect with human suffering in different parts of the world is easier than ever.

Considering the fact that hostility towards refugees is still rife, the Palestinian population is still suffering, and Muslims in Kashmir are still routinely subject to violent attacks. One may argue that social media activism has not prevented tragedies from occurring. However, the three examples mentioned and many more have become part of the global audience’s collective memory. A moment in time when we all paused, reflected, and considered the fact that perhaps these narratives are real, inhumane, and need our attention.

Though social media activism rarely changes public policy. It does provide an electronic mirror for us to see the consequences of our silence. Encourages us to think for ourselves and research the crises of our time. And allow us to RE-member an event with the same rigour as when it first occurred. So that perhaps in the future it will not take the death of children for a virtual audience to act and demand justice.

[ii] The University of Sheffield. (2015). Aylan Kurdi: How a single image transformed the debate on immigration. [online] Available at: https://www.sheffield.ac.uk/news/nr/aylan-kurdi-social-media-report-1.533951. [Accessed 10th October 2021].

[iii] The University of Sheffield. (2015). Aylan Kurdi: How a single image transformed the debate on immigration.

Mazna Khan has recently graduated from Queen Mary University of London with a First Class History Degree. She is passionate about social change and have been working for the right of Kashmiri’s to self-determination. During her time at University she has organised movements such as the ‘Kashmir Solidarity Movement’ which bought the human rights violations in Kashmir to the attention of students. Ms. Khan would like to continue working on researching a crises which often does not receive the recognition it deserves. She has also undertaken modules such as the History of Anglo-American Relations and has a passion for foreign policy. Her dissertation revolved around the narratives of Partition in 21st century British discourse and it highlighted the dark legacies of partition in the UK and popular media. It argued that the most useful way to bridge the gap within the South Asian diaspora was for an honest teaching of partition and for individuals to challenge narratives and preconceived biases they have grown up with. She aims to work together to tackle the human rights issues. As a British Pakistani the work of the late Eqbal Ahmad, a Pakistani political scientist, continually inspires her everyday.

November 3, 2021
Solidarity Through Narratives: The Rohingya voice must be heard 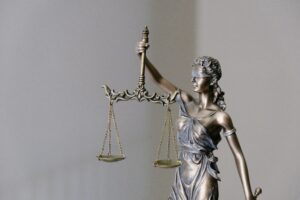