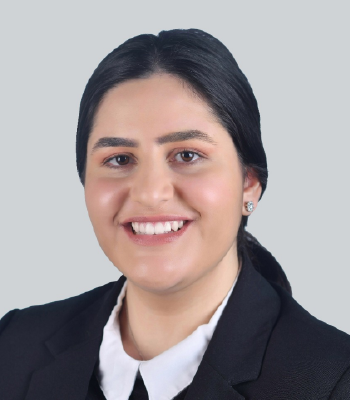 Batoul Al-Abdallat is a Trainee Associate at Andersen in Jordan in the Commercial Projects Department, her practice focuses on the areas of Projects, Commercial Law, Legal Compliance, Offshore Incorporations, Contracts and Agreements, and Labour Law Consultations. Prior to joining Andersen, she frequently participated in many international youth forums and programs including NESA UGRAD, YouthSpeak, AIESEC all of which aim to increase representation in the global arena of underrepresented regions and countries. She also has a special interest in Alternative Dispute Resolution and International Commercial Arbitration, she participated in the Willem C. Vis Moot, one of the most prominent International Commercial Arbitration moots and is now coaching the University of Jordan team. Ms. Abdallat was also part of the special projects called National Quality Infrastructure – Funded by the World Bank IFC, Jordan Rule of Law – Funded by UKAid executed by Palladium, Palestinian Refugees from Syria (PRS) – UNRWA.